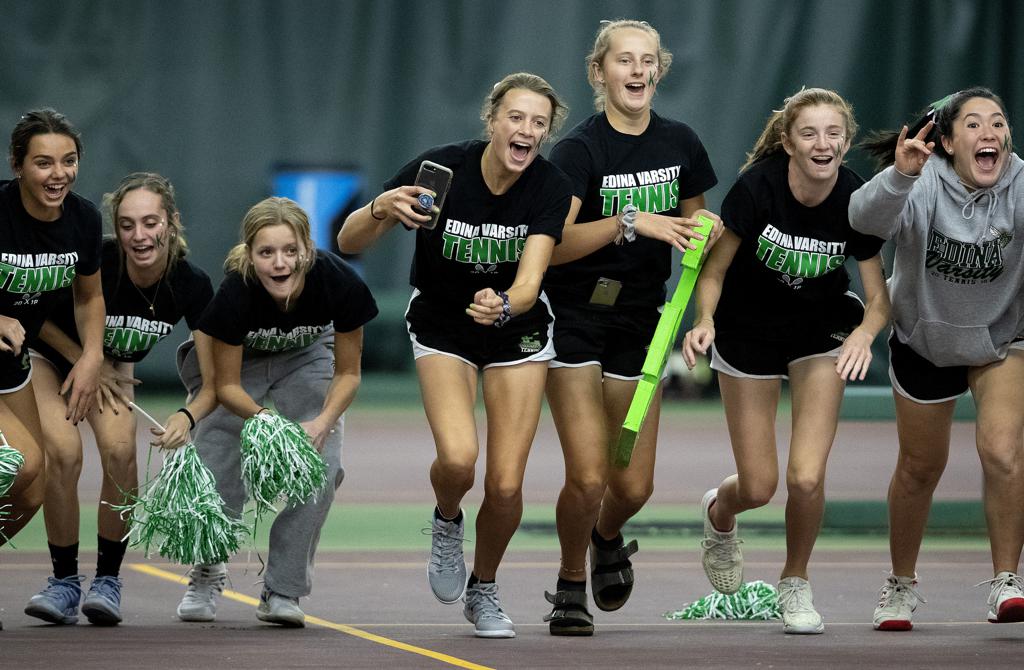 Before last season, this was all a mystery to Andrea Jansson.

Growing up on the fringes of Gothenburg, Sweden, Jansson landed in Edina in 2017, just before her junior year, when her father took a job in the area. An established tennis player in Sweden, Jansson had never before experienced tennis in a team format as it’s played in Minnesota.

Armed with a power tennis game and a relentlessly sunny attitude, she won over her Edina teammates and was named a captain before this season. After Edina cruised past Minnetonka 7-0 on Wednesday in the Class 2A team final — its 21st championship in the past 22 seasons — Jansson can say she experienced the best high school tennis has to offer.

“I was surprised by how much people here care about tennis and how it’s such a big thing overall,” said Jansson, speaking with barely a trace of an accent. “Here, there are a lot more players who are good.”

Jansson, who plays No. 2 singles for the Hornets, made quick work of her opponent in the final, winning 6-0, 6-1 in her match at Baseline Tennis Center at the University of Minnesota. The early finish gave her a chance to discuss the experience of team tennis.

“When I first got here, I saw the record of the team and all the state stuff and I was like ‘Oh, I’ll never make the team,’ ” Then I did, and it motivated me to play. I put a lot of effort into it.”

It didn’t take her long to be accepted. Being selected a team captain for her second season showed that her teammates appreciated her.

“I would be really nervous, coming from a different country and having to adapt here, but she’s done a really good job,” said junior Jessica Ip, who won in consecutive sets at No. 3 singles in the final. “She’s made so many friends and she’s so friendly to everybody. She’s always talking to people. Just her personality has helped us more. Doing that would be difficult for me, but she does it so well.”