Hornets resume familiar role as the team to beat in Class 2A. 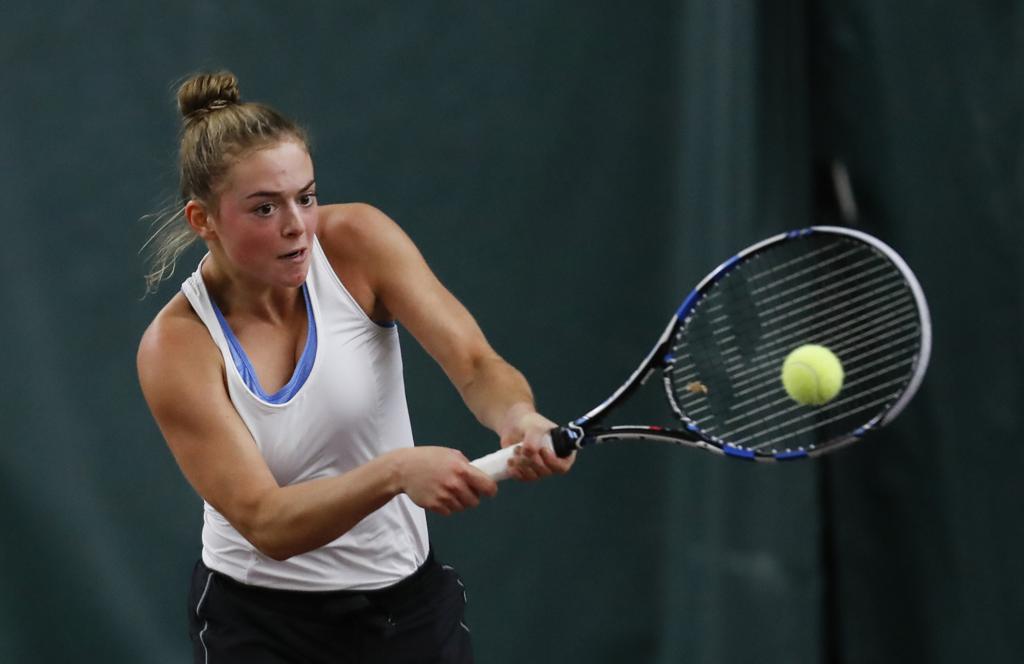 Edina’s Nicole Copeland got a confidence boost with her Class 2A title, though it also comes with added expectations. RENEE JONES SCHNEIDER, Star Tribune

When last we checked in with Nicole Copeland, the Edina sophomore had just finished rolling over the rest of the Class 2A field en route to her first high school singles championship, completing an undefeated season.

Having one to her credit has made her a more self-assured player. “I’ve grown in confidence, and that has made me a better player,” Copeland said.

Copeland, who is the No. 1 player in Class 2A in the Minnesota Tennis Coaches Association state rankings, admitted that, as a defending champion, the “pressure is a little bit higher,” but she doesn’t see that as a negative.

“It makes me more excited to play,” she said.

Copeland was there and was joined by Edina teammate Andrea Jansson. Also on the team representing Minnesota was Maddie Suk of Hopkins, Ellie Puzak of Minneapolis Southwest, Lauren Ferg of Eagan and Katie Mulvey of Trinity. All are currently ranked by the coaches association.

Copeland said the group became close during their trip, making the adjustment back from teammate to competitor a bit awkward.

“We were together all week,” she said. “It’s kind of hard to transfer back to being a competitor.”

Edina looks to repeat; Breck, Blake battle in 1A

With Copeland and Jansson atop the Hornets’ singles lineup, the defending Class 2A team champion is clearly the favorite to win its 21st team title in the past 22 seasons.

In Class 1A, Blake has won the past three Class 1A titles and is led by junior Arlina Shen. The Bears face a strong challenge from rival Breck, which won a head-to-head battle between the two teams, 4-3, on Aug. 25.