Duluth senior knocks of No. 1 seed to win 1A boys' tennis championship 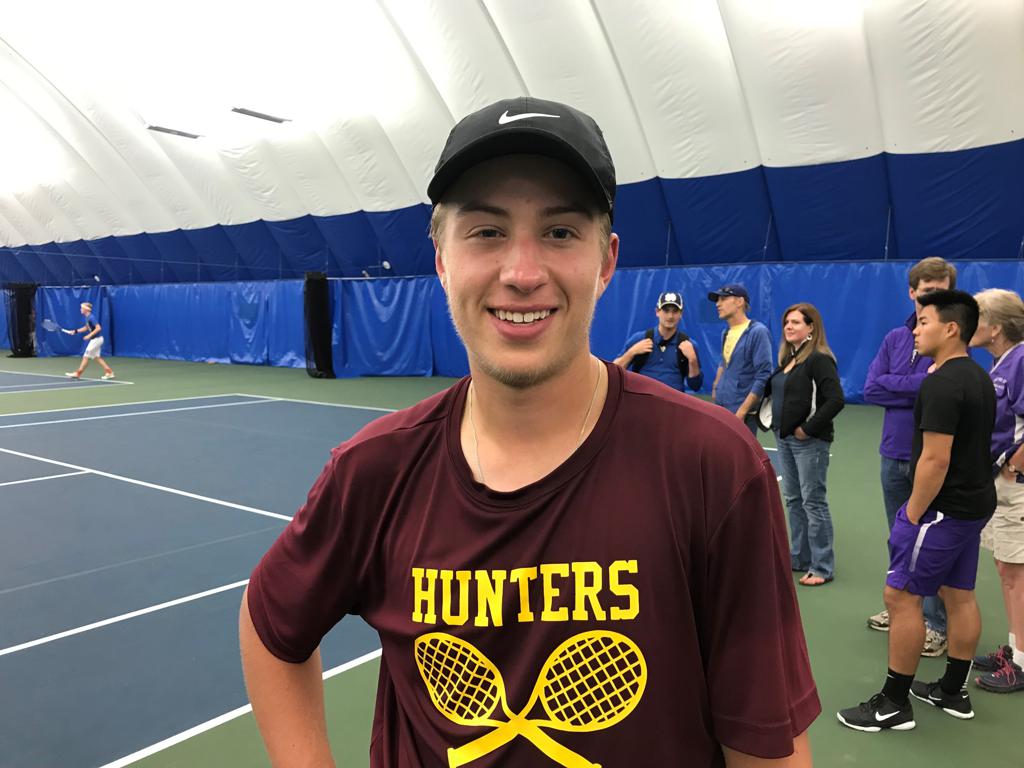 Bush, a senior who attends Minnesota Virtual Academy, traded eight games with the 6-foot-6 Law to start the match before winning the first set. He waited out Law’s 15-plus unforced errors in the second set before winning it.

“It was such a good match in terms of quality,” said Bush, who first made the state tournament as a sophomore at Duluth Marshall two years ago.

Bush opted to compete in U.S. Tennis Association tournaments instead of the High School League last year before joining the Denfeld team this spring. The team, which had eight eighth-graders, went winless in its matches, though Bush was undefeated.

Denfeld coach Kayelyn McDonald said she was initially unsure how Bush would fit in on the team, which she restarted at the school four years ago. But she said teammates have rallied around Bush and that he’s energized some to keep working at the sport.

Bush lost only five games in his first two state matches Thursday before defeating second-seeded Drew Elofson of St. Peter in the semifinals. He said he had to try and anticipate where Law would hit his serves during the championship match because of his length.

“I just can’t reach the full length on my strokes against a serve like that,” he said.

Bush said the turning point in the match was his set-clinching game in the first set.

“He’s worked so hard for this, and he puts in so much time,” McDonald said. “He’s earned it.”