Mayo’s Sebastian Vile had his way in this year’s final. 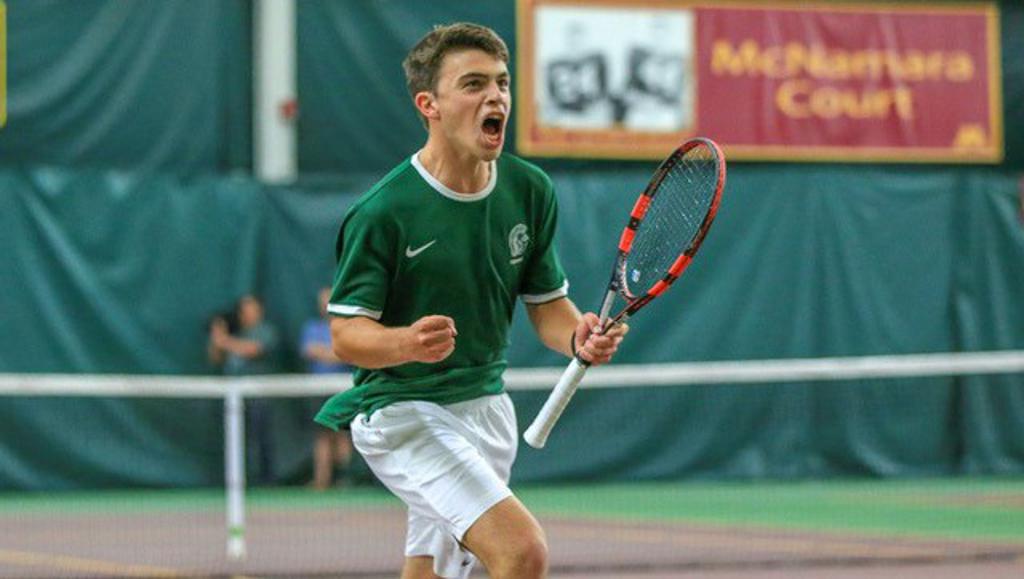 After he watched the ball settle into the net off his opponent’s strings on match point, Rochester Mayo senior Sebastian Vile dropped his own racquet at the baseline and calmly pumped his fists in celebration of his Class 2A boys’ tennis championship.

It was a much different picture than a year earlier when he lost the final.

“I think my facial expression is probably the best indicator,” Vile said. “Last year, I was literally in tears. But this year, big smile on my face.”

Top-seeded Vile won the singles title with a 6-2, 6-1 victory over Eagan junior Maxim Zagrebelny on Friday at Baseline Tennis Center at the University of Minnesota. Unlike last year when he won the first set, Vile said he relaxed this time. Last year he was still tight, he said, and lost in three sets after leading 5-1 in a third-set tiebreaker.

Vile said his tenacity and mental game have improved.

“I’ve developed the attitude that if someone’s going to beat me, they’re going to have to earn it,” Vile said.

The toughest part for Zagrebelny, the No. 3 seed, was getting a handle on the situation during the second set.

“I did get a game, but he just kept going at it, and I give him credit for the win,” Zagrebelny said.

After getting broken to make it 2-2 in the first set, Vile cruised to the finish. He quickly won 14 of 15 points on his way to a 4-0 lead, using aces and forehand winners. The second set was about the best the Spartans standout has played all year, according to his coach, Jeff Demaray.

“I would say when his forehand is on like that, it’s pretty tough,” Demaray said.

Vile’s serve is another piece that he worked on and improved immensely from last season, Demaray said. Vile got to work right away last June, hitting the gym and the court. His parents even had to tell him to take a couple of days off because of how hard he worked.

“I was working my body to basically breaking points,” said Vile, who plans to play tennis next year for the Gophers.

Sophomore Nisal Liyanage and junior Sourabh Terakanambi of Eastview, who were not seeded, won the Class 2A doubles championship with a 6-3, 7-5 victory over the third-seeded team of Minnetonka seniors Frank Stich and Benjamin Wheaton.