Years of state tournament trips finally result in a championship. 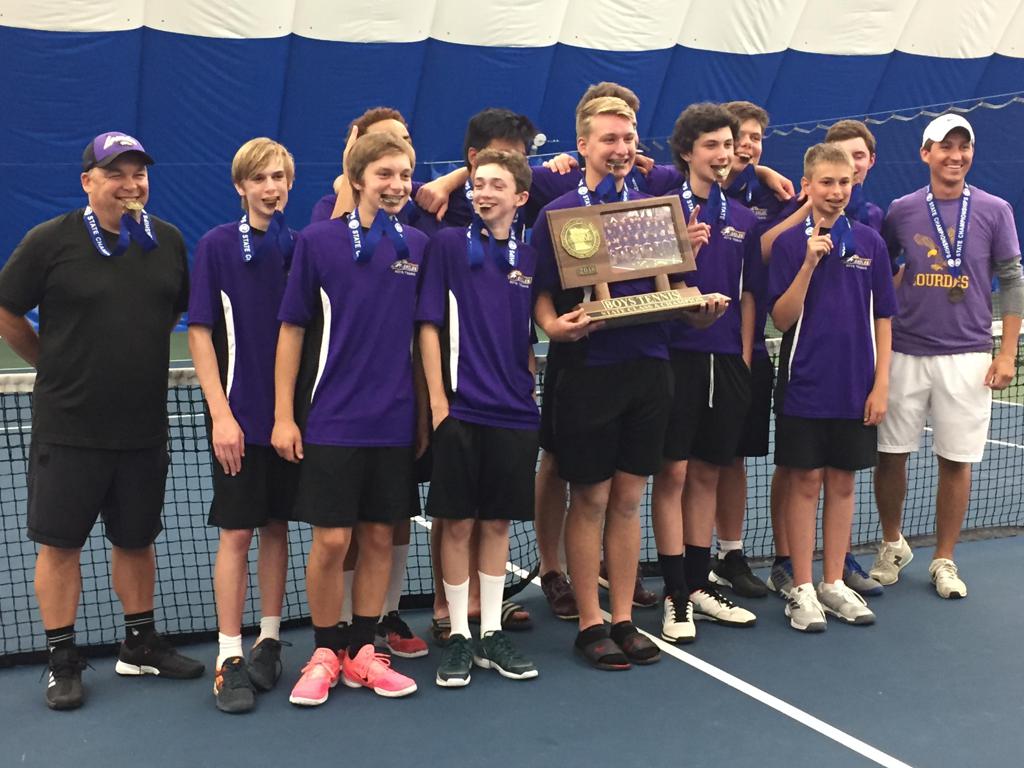 “I feel great for these guys. They played fantastic,” said Lourdes coach Steve Tacl, who was part of all of those trips either as an assistant or head coach. “There has been a pipeline of really good teams. They’ve been close, but haven’t gotten it done. I hope that the alumni can relish in it a little bit. They’re a part of it.”

Senior Eric Chestolowski has been to the state tournament five times with the Eagles and made the most of his final opportunity. Tacl called him the team’s MVP of the tournament after a 6-1, 6-1 victory over Thief River Falls senior Carter Onkka at No. 2 singles.

“As a senior, I wanted to go out with a bang,” he said. “We really worked hard this year. We saw the opening and really took advantage of it.”

The Eagles eased past the Prowlers by getting ahead early and putting the pressure on. They won all four singles matches in straight sets, as did the Nos. 1 and 2 doubles teams.

“It gives you the momentum so that you can carry through the rest of the match,” Chestolowski said of the quick start. “Especially in the state championships, it’s super important to get that early momentum.”

With perennial 1A champion Blake moving up to 2A this season, the Eagles began the season as the favorite to win the team title and maintained the top spot in the 1A rankings throughout the season.

“We talked about it, but I don’t know how the kids looked at the ranking,” Tacl said. “I think the kids knew about it, but you have to embrace that. When you play and people think ‘That is the team we have to beat,’ that’s fine. You can succumb to it or say, ‘Yeah, bring it on.’ Our kids embraced that.”