Parker Law has been ranked No. 1 in Class 1A all season after two would-be competitors from Blake moved up to 2A. 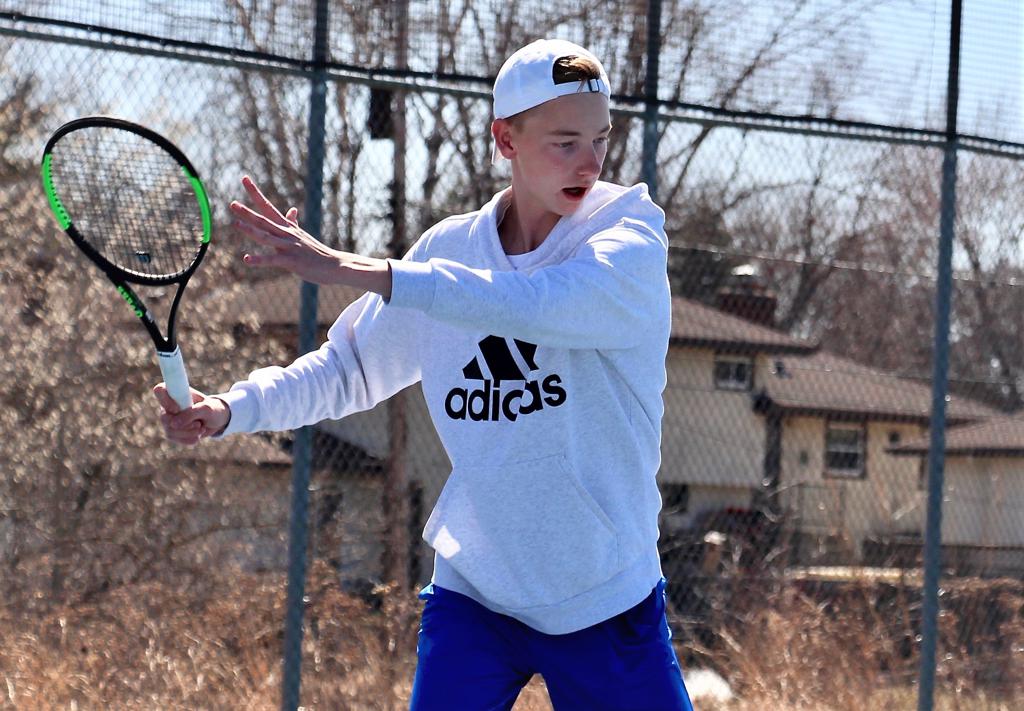 Mounds Park Academy junior Parker Law has been ranked No. 1 in Class 1A all season after two would-be competitors from Blake moved up to 2A. (Submitted photo)

In the universal handbook for coaches, rankings are anathema, meaningless drivel that can undermine long-term success. Ignoring them, if possible, is the preferred response.

Law, a long-limbed junior from Mounds Park Academy, has earned the No. 1 seed in the Class 1A singles field of the boys’ tennis state tournament, which begins Tuesday and runs through Friday. Class 1A will be held at Reed-Sweatt Family Tennis Center in Minneapolis, while Class 2A will be at Baseline Tennis Center at the University of Minnesota.

Law’s profile has risen steadily in recent years, but it wasn’t until this season that he began being mentioned among the top players in the state.

His 6-6 height allows Law to get to balls other might not and affords him better hitting angles and generates velocity on his serve. After losing in the quarterfinals of the 1A singles bracket in 2017, Law began the 2018 season ranked No. 1.

“It caught me a little off-guard,” Law said. “It was stressful at first, recognizing that I have a target on my back.”

Instead Law decided that if others thought he was the best, perhaps they were onto something.

It helped that Blake, the defending Class 1A champions, moved up to Class 2A. That removed Jack Barker, the 2017 1A singles champion, and his teammate Joe Mairs, who finished as runner-up, as competition.

“It pushed me to try the hardest I could,” Law said. “I wanted to hold onto the No. 1 spot. It motivated me.”

He rolled through the season, posting a 17-2 record, and didn’t lose a match to a Class 1A opponent. Then he won all four Section 5 singles matches without losing a game.

His success has carried over to his team. St. Paul-based Mounds Park Academy found its groove midway through the season, buoyed by a victory over rival St. Paul Academy, and qualified for the team tournament.

Law would like to justify his lofty ranking with a state title, but the most important thing is that the team competes well.

“That’s the only expectation I have,” he said. “That everybody, myself and the rest of the team, has fun.”

Despite finishing the regular season ranked No. 2 in the state coaches association rankings, Blake earned the No. 1 seed in the Class 2A tournament. The Bears, who won the Class 1A team title in 2017, are seeking to become the first boys’ team to win back-to-back championships in different classes.

Mounds View, which defeated Blake in May, is seeded No. 2. Rochester Century is No. 3, Orono No. 4 and Wayzata No. 5.

Rochester Mayo senior Sebastian Vile, runner-up a year ago, is seeded No. 1 in the singles bracket. Barker, the 2017 1A champion, is No. 2 and Eagan’s Maxim Zagrebelny is No. 3. All three are undefeated.

The team portion of the tournament in both classes is Tuesday and Wednesday, with individual competition on Thursday and Friday.