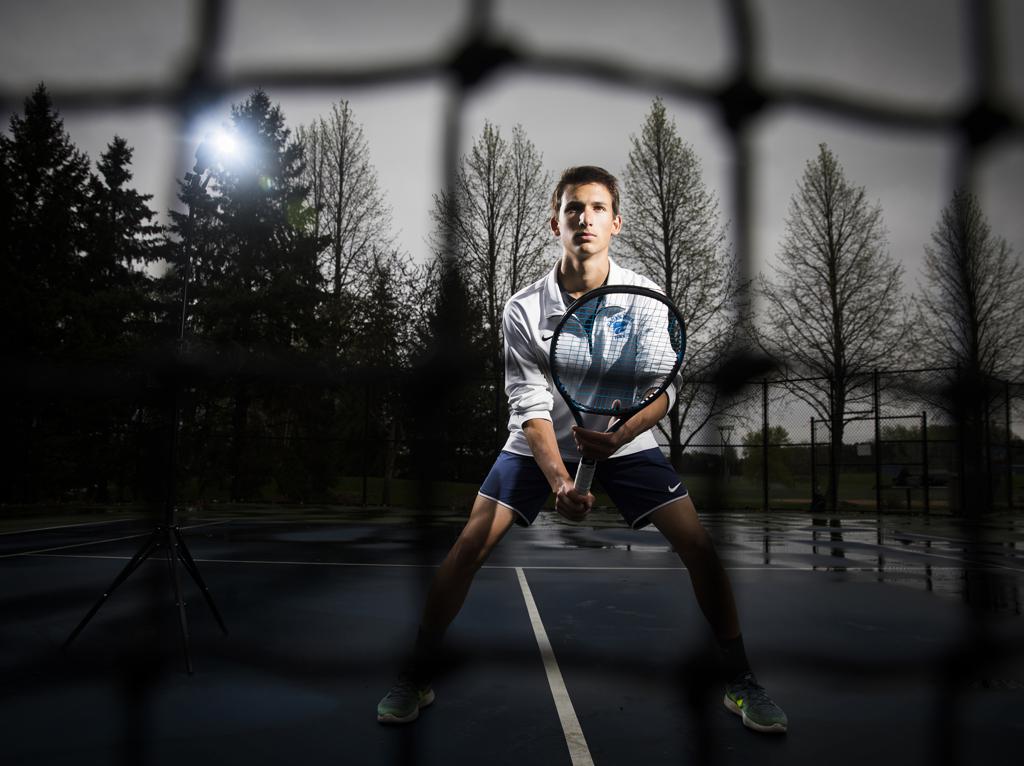 As a sophomore, Maxim Zagrebelny had put together a strong campaign of tennis until he ran into a problem — he was playing too often.

Zagrebelny suffered a stress fracture in his back, one he first experienced playing for Eagan in the section tournament last June. It is an overuse injury caused by playing tennis. He moved on to the state tournament and tried to fight through the injury.

Eventually, he won his quarterfinal match at state, but he could barely warm up for the next match. Zagrebelny had to forfeit in the state semifinals because of the injury.

“It was really heartbreaking,” Zagrebelny said. “I was really excited to play my best against [my opponent], but not having that opportunity, it was bad.”

This season Zagrebelny, now a junior, has been injury-free and playing in the No. 1 singles spot for the Wildcats. He looks for different results in this season’s state tournament, hoping to stay healthier.

To do so, Zagrebelny has been emphasizing stretching more this year. He went through physical therapy after last season. The stress fracture also forced him to take a break from tennis for about a month.

“It wasn’t a good, happy time for him,” Stadniychuk said. “You have to do what you have to do or else you’re risking lifelong, chronic pain. You have to be careful with that.”

This season Zagrebelny, who is 14-0 this season, was ranked as the second-best tennis player in Minnesota as of May 6, according to the Minnesota Tennis Coaches Association. Rochester Mayo’s Sebastian Vile was ranked No. 1.

The winner in Class 2A singles last season, Ben van der Sman, advanced to the finals after Zagrebelny’s forfeit and defeated Vile in the championship match. However, van der Sman was a senior last year, so Zagrebelny and Vile have been battling for the top spot in the state.

“It’s a good self-confidence builder, but once you get up to those top five, it’s really close amongst other guys,” Zagrebelny said of his ranking. “I just keep playing how I normally do and just keep trusting my game.”

Teammate Benjamin Schriner said he knew Zagrebelny could be one of the better players in the state after watching him in a match last year in a losing effort against Lakeville South.

“I was still just in awe, watching how hard he hit the ball,” said Schriner, a sophomore. “He got his injuries later last year, but I was kind of impressed how that didn’t really bother him.”

Zagrebelny is one of two captains. He is one of five juniors in a group that Wildcats coach Jordon Stevens said is the most tight-knit on the team.

Before practice on Monday, players on the team stayed in their cars and listened to music together before going up to the tennis courts near Eagan High School. Members of the team occasionally go to Raising Cane’s or Chick-fil-A after matches.

Whatever Eagan has been doing has worked. The Wildcats held a 10-4 record heading into the final regular-season match on Friday against Hastings. Postseason competition starts this week.

“Sections, just push as far as we can, we don’t really know what to expect, just go as far we can and keep pushing on,” Stevens said. “For Max, a state title is definitely the goal.”

Jack White is a University of Minnesota student on assignment for the Star Tribune.