In October the junior finished undefeated and became the 10th Hornet player since 1979 to win a state singles championship. 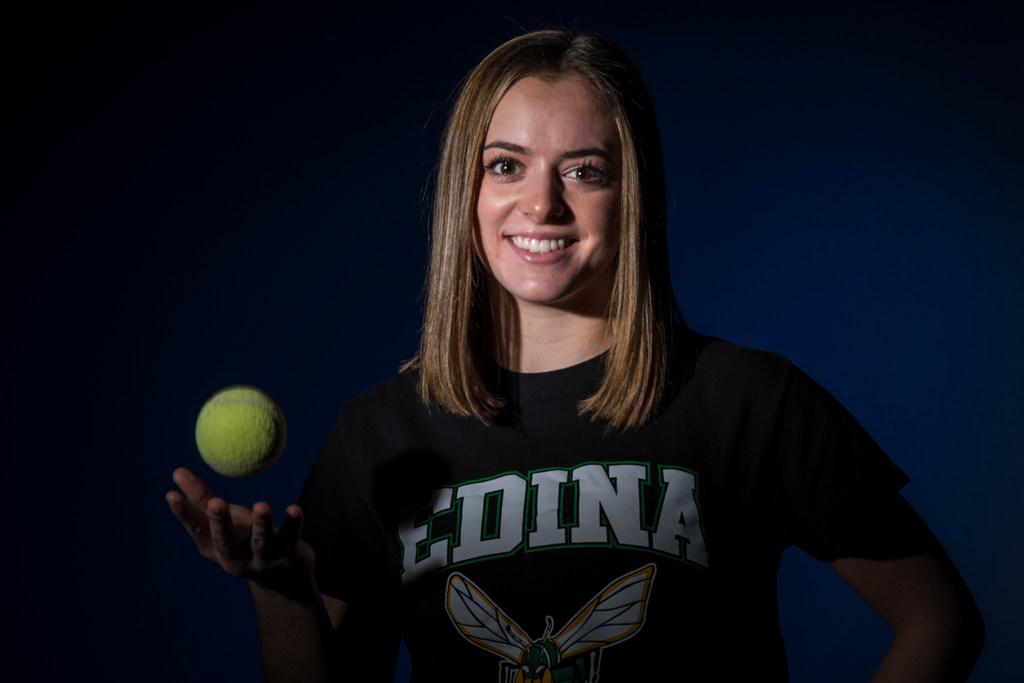 As a youngster in the Edina tennis machine, Nicole Copeland got a front-row view of former Hornet Caitlyn Merzbacher’s back-to-back state singles championships in 2013 and 2014.

“It was inspiration for me,” said Copeland, a sophomore. “She’s such a close friend. When I watched her, I was thinking ‘I wish I could do that.’ It was something I definitely wanted someday, but I didn’t expect it.”

She may not have expected to win the Class 2A singles championship last October, but that’s exactly what she did, completing an undefeated season with a 6-3, 6-3 victory over Elk River’s Meagan Brown in the finals.

As the Star Tribune’s Metro Girls’ Tennis Player of the Year, Copeland is the 10th Edina player to win a girls’ tennis singles title, dating back to 1979, when Anne Lemieux won the first of her two titles for the old Edina East High School.

“Before the season, I had a goal of going undefeated during the general season, but I didn’t really have a goal for state,” she said “I had no idea I was even going to make it.

The first few days after her championship were filled with congratulations and accolades, but the attention faded pretty quickly. It wasn’t long before she was back to being just another student walking the halls. Which is exactly the way she prefers it.

“Where does tennis rank for me? Probably No. 3,” she said. “It’s family, school, then tennis. School is very important to me. If I have to take time away from tennis for school, that’s okay. Tennis is a big part of my life, but I try not to get too wrapped up in it.”

She admits to slowing down her tennis pace in recent weeks, a little refresher before she starts playing tournaments on regular basis after Christmas. Slowing down being a relative term, of course. “It’s not like I’ve completely stopped,” she said. “More like, I’m playing four days a week. Usually, I play six.”

The Star Tribune has expanded its Metro Player of the Year brand to include top high school athletes in individual-based sports to join those previously announced in football, soccer and volleyball.

The tennis award is one of four new All-Metro Athlete honors from the recently completed fall season. Look for more selections this winter and spring, along with our long-standing metro team and player of the year choices in hockey, basketball, softball, baseball and lacrosse.

All winners from each season will be honored at a special event on June 26 at Target Field.