The senior, who was the top seed in the Class 1A tournament, defeated teammate Arlina Shen. 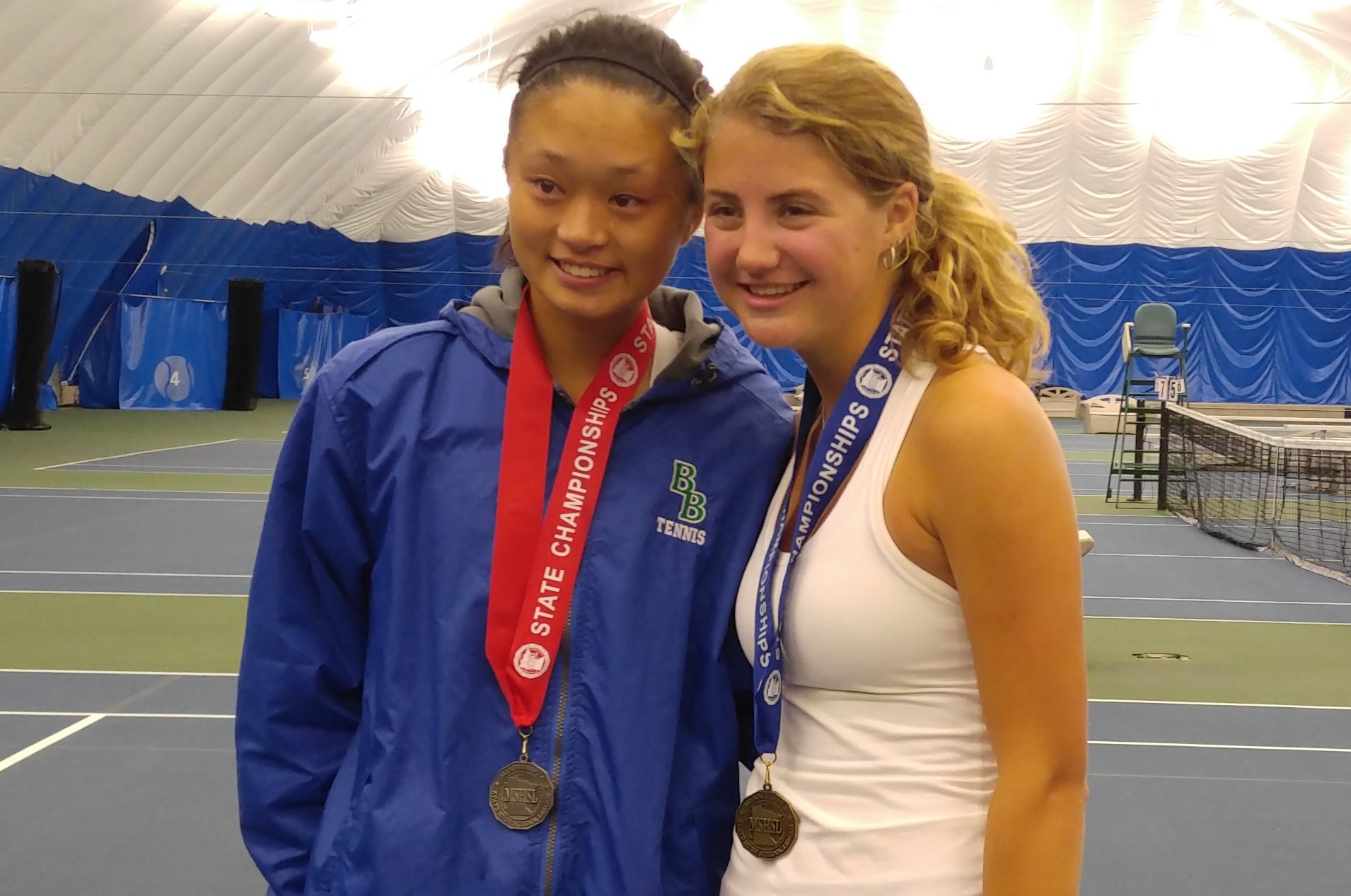 Blake teammates Arlina Shen and Lainey Axell posed with their medals. Axell defeated Shen for the Class 1A singles championship.

Top-seeded Axell defeat her sophomore teammate and No. 2 seed Arlina Shen 6-1, 6-2 Friday at Reed-Sweatt Family Tennis Center in Minneapolis. Shen had the experience of being there before, but Axell overpowered with her well-crafted points, seven aces and a variety of winners.

Axell broke for a 3-1 lead in the first set and rolled from there. She came up for the occasional approach shot and went to what her coach Mike Ach called “nasty” under-spin backhand to mix it up. But overall, Ach was impressed with Axell’s patience.

“When Lainey gets into trouble, she goes for the winner too early,” Ach said. “But boy, her patience in constructing her points was fantastic.”

The teammates hit together all year, Axell said, but didn’t face each other in a match until the Section 4 final, which Axell won as well.

“Arlina’s a very consistent player, so I kind of just went out there and wanted to keep the ball as deep as I could,” Axell said. “Just make smart choices.”

Both girls said it can be harder to play a teammate because of the familiarity with the other’s game.

Shen finished as the runner-up to a teammate for the third consecutive year. She lost the past two years to Libby Rickeman. The disappointment this year visibly stung Shen.

“What hurt the most wasn’t losing,” Shen said, who credited Axell for playing well. “It was just, the past three years I’ve been second place.”

The Rochester Lourdes duo of sophomore Clare Palen and junior Natalie Allison won the Class 1A doubles title with a 6-3, 7-5 victory over the No. 4 seed team of junior Audrey Delich and senior Madilyn Jankila of Eveleth-Gilbert. Palen and Allison lost in last year’s quarterfinal to Axell and Sophie Skallerud. This year Skallerud took fourth place in doubles with senior teammate Abbie Nelson.