Zellmann has posted 1,121 victories coaching boys’ and girls’ tennis and brought 16 teams to the state tournament. 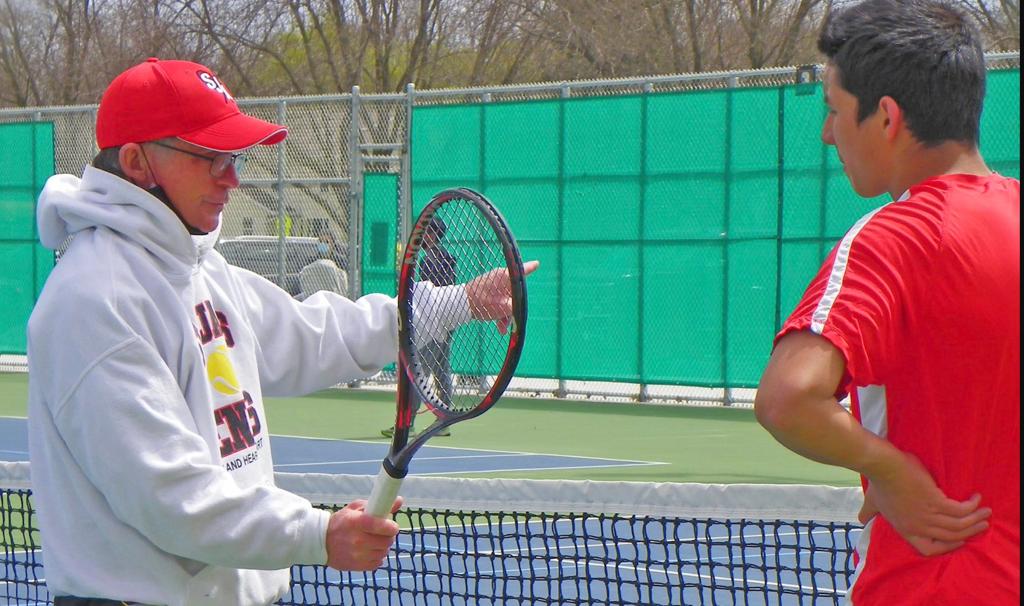 Les Zellmann never set out to become a tennis coach.

Baseball was his sport growing up in Belle Plaine in the early 1970s. When he took his second teaching job in St. James in 1979, he sought a position coaching baseball, but there weren’t any available. So he settled on tennis, a completely new venture for him.

“My background was baseball, but there weren’t any openings,” Zellmann recalled. “I decided to take the [boys tennis] position. I stuck with it because I started playing and found that I liked it.”

“First of all, I was surprised. Stunned might be more appropriate,” he said, admitting that while he knew he was being considered for the award, he never thought his name would be called.

“My understanding is that there is a rubric that is used for consideration and there are a lot of parts to that,” he said. “A big part of which is longevity and I’ve been at it a long time.”

When he first landed in St. James, a community of approximately 4,500, 40 minutes southwest of Mankato, his plans didn’t include setting roots there.

“We thought we’d be here three, four years, then move on to another district,” he said.

But as his family began to grow, those intentions changed. One year turned into two, then five, then longer. Zellmann is set to begin his 46th year in education this fall, 44th at St. James.

He’s posted 1,121 victories coaching boys’ and girls’ tennis and brought 16 teams to the state tournament. The 2008 girls’ team finished as runner-up to Rochester Lourdes in the Class 1A team tournament.

During that span, he’s served four terms as the president of the High School Tennis Coaches Association and even spent a term as president of the MSHSL Board of Directors. He’s routinely involved in tennis-related issues at regional and MSHSL meetings, most recently a strong advocate for adding a third class of tennis to accommodate many of the small, public schools in greater Minnesota.

But when asked about his time as “Mr. Tennis,” Zellmann is quick to mention the hundreds of students and families he’s taught and coached at St. James.

“I enjoy the kids, probably more now than I ever have,” said Zellmann, who is also the athletic director at St. James. “When you first start, you tend to think it’s about you, but then you realize it’s about the kids. When I step away, I’m sure I’ll realize this has been a great place to spend my career.”

Not bad for a baseball guy.