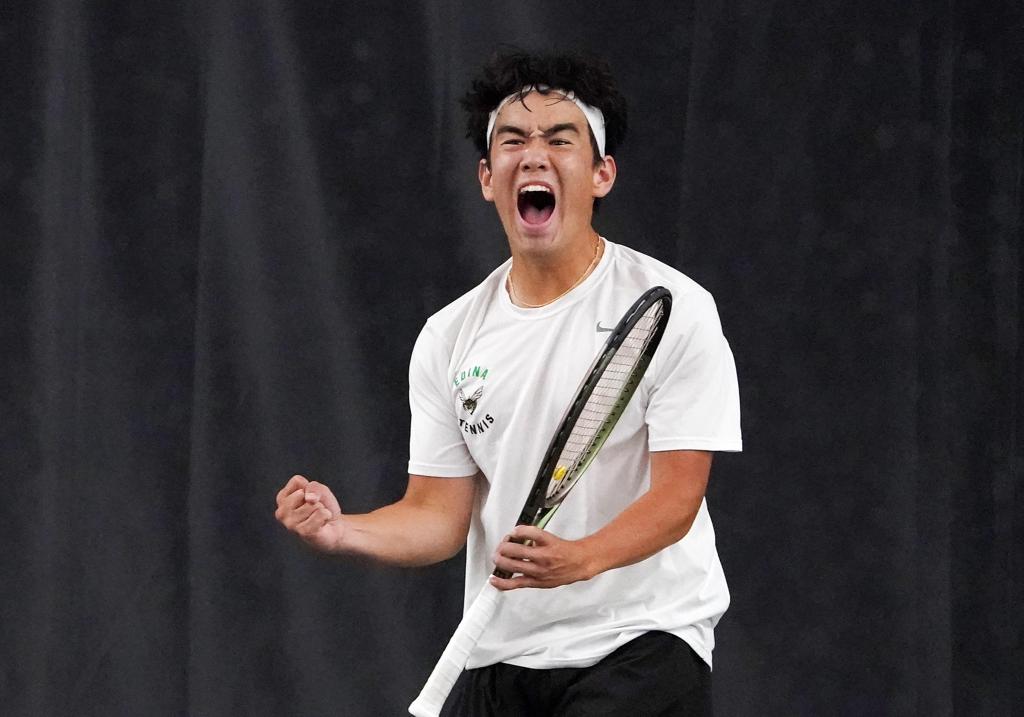 Even before Friday, Edina junior Matthew Fullerton had already played a lot of tennis at the Class 2A boys’ state tournament at the University of Minnesota’s Baseline Tennis Center this week.

He played three matches on Tuesday and Wednesday in the team portion of the meet to help Edina reach the championship match. On Thursday in the individual portion of the state meet, he played two matches — one a three-setter — in the first round and quarterfinals.

“I don’t know how many hours of tennis he played this week,” Edina coach Gary Aasen said.

Fullerton said the victory was satisfying, “especially after losing in the championship match [to Mounds View’s Bjorn Swenson] last year.”

Friday’s meting was the second of the season for the Lake Conference foes. Beduhn won the first 6-3, 6-3.

The 6-foot-7 Beduhn, who was unbeaten going into the state tournament, has a serve that registered over 130 mph on the scoreboard.

“It gets a little annoying when he keeps getting those serves in,” Fullerton said.

“Matthew’s return is his strength,” he said . “We told him to hang on.”

Fullerton withstood two set points in the first set as he rallied from a 5-2 deficit to tie the set 6-6 and then win the tiebreaker 7-3. That was the first set that Beduhn had lost this season.

Fullerton led in the back-and-forth second set, 6-5, before Beduhn tied the set 6-6. In the tie-breaker, Beduhn withstood two match points and won the final three points to win 9-7.

In the Class 2A doubles championship, Orono’s Matias Maule and Sam Skanse defeated Tej Bhagra and Spencer Busch of Rochester Mayo 6-2, 4-6, 6-4. On Wednesday, Maule and Skanse helped Orono to a 4-3 victory over Edina for the Class 2A team championship.