Top seeds show their strength, making their way to the state tournament semifinals

In both classes, and in both singles and doubles, the favorites stayed in position to win championships. 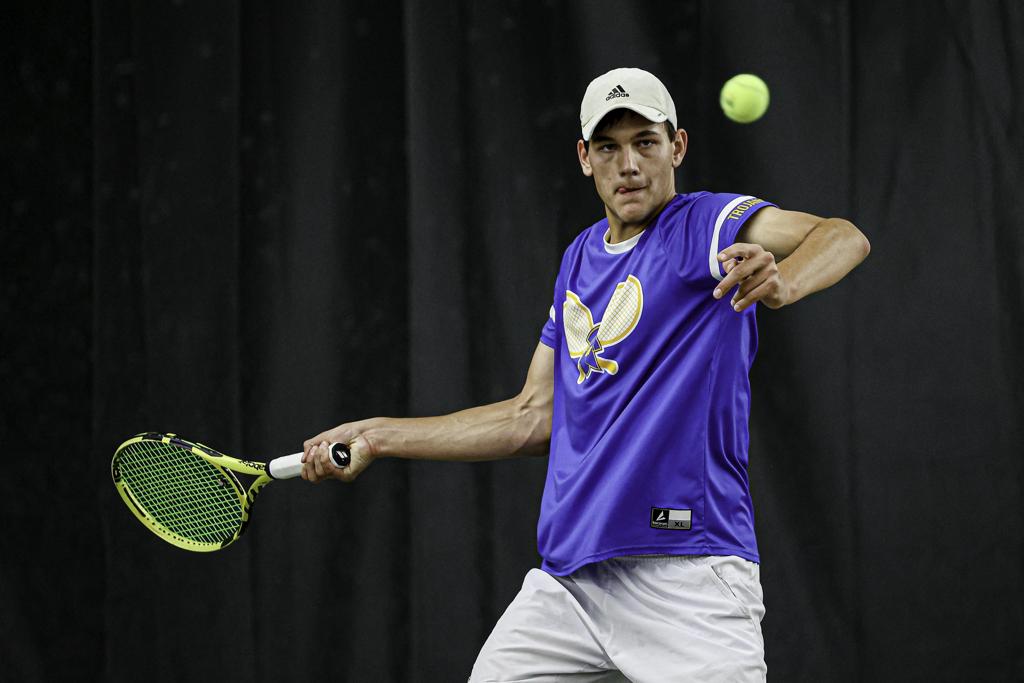 The top two seeds in Class 2A and 1A singles and doubles positioned themselves for state championship showdowns in the boys’ tennis state tournament.

In Class 2A singles, top seed Collin Beduhn of Wayzata and No. 2 Matthew Fullerton of Edina reached the semifinals with two victories Thursday, and in Class 1A, No. 1 Marjan Veldic of Rochester Lourdes and No. 2 Evan Fraser of Mounds Park Academy made it. Friday’s semifinals begin at 8 a.m., and finals are scheduled for 11:30 am. Class 2A is playing at the Baseline Tennis Center and 1A at Reed-Sweatt Family Tennis Center.

Beduhn and Fullerton struggled in their opening-round matches before looking like the top two seeds in the quarterfinals. Beduhn beat Lakeville North’s Anthony Scheglowski 7-5, 6-3 and Fullerton outlasted Wayzata’s Jayho Hong 6-3, 3-6, 6-4 in the first round. Fullerton was the state tournament runner-up last year.

Veldic and Fraser didn’t face any such difficulty in Class 1A, rolling through their first two opponents in straight sets. The two faced off in the third-place match a year ago, with Fraser winning in three sets.

The top two doubles teams in each class moved on with two straight-set victories. They are No. 1 Matias Maule and Sam Skanse of Orono and No. 2 Brandon Pham and Sam Rathmanner of Mahtomedi in Class 2A and No. 1 Dylan Hahn and Jack Onkka of Thief River Falls and No. 2 Ethan Leeser and Frederick Suhler of Rochester Lourdes in Class 1A.

Maule and Skanse helped Orono to the Class 2A team championship Wednesday with a 4-3 victory over Edina. Class 1A team champion St. Paul Academy had the doubles team of Leo Benson and Maik Nguyen advance to the semifinals.