After the pandemic caused change, boys' state tournament returns to its familiar spots

COVID wiped it out one season and caused it to be relocated the next, but now it’s back at two Minneapolis sites. 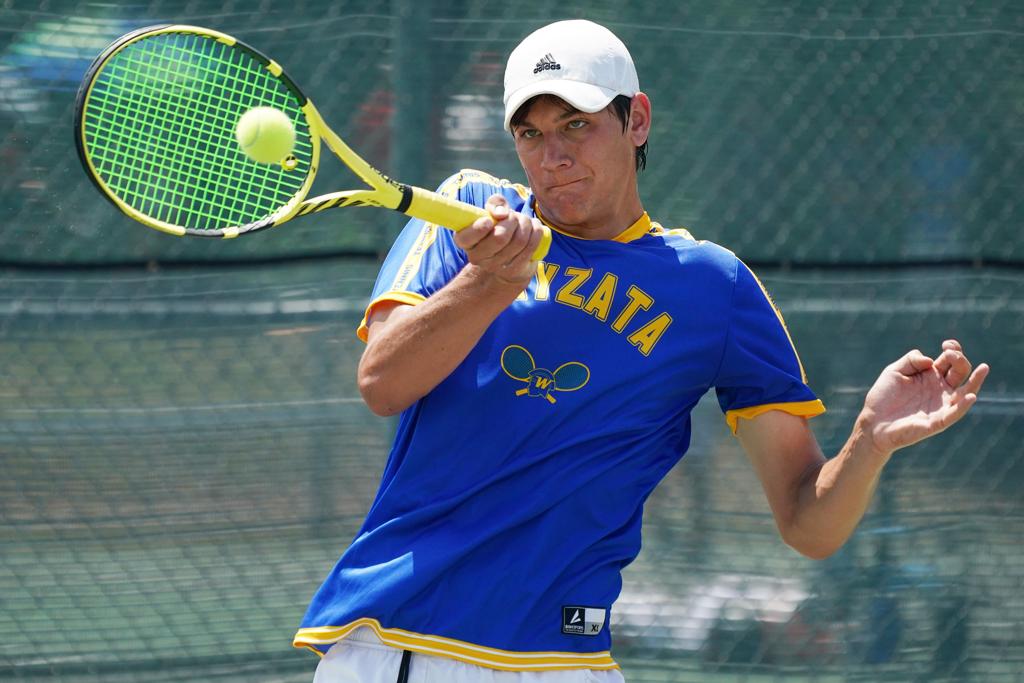 Wayzata’s Collin Beduhn, 23-0 this season, is seeded No. 1 in Class 2A. Photo by ANTHONY SOUFFLE, Star Tribune

After two years away, the boys’ tennis state tournament, which begins Tuesday and runs through Friday, is back where it belongs.

The event was canceled in 2020, and COVID-related restrictions necessitated moving the tournament to outdoor locales in 2021. Class 2A was held at Prior Lake High School, Class 1A in St. Cloud.

In Class 2A, Edina is the defending champion, but the Hornets received the No. 2 seed in the team competition. The top seed went to Orono, which upended No. 1-ranked Wayzata 4-3 in the Class 2A, Section 5 team final. Wayzata had defeated Orono 5-2 during the regular season, the Spartans’ only loss this year.

Edina’s only loss this season also came at the hands of Wayzata, 5-2 on May 10.

A new Class 2A individual champion is assured because 2021 singles winner Bjorn Swenson of Mounds View chose not to play high school tennis this spring, preferring to prepare for his college career at Michigan by playing a national tournament schedule.

Wayzata’s Collin Beduhn was seeded No. 1 on the strength of his 23-0 record, which includes a victory over No. 2 seed Matthew Fullerton of Edina, the 2021 runner-up. Eagan’s Allen Gong is seeded No. 3 and Mounds View’s Emmanuel Alex No. 4.

In Class 1A, which doesn’t seed its team bracket, three teams appear to stand out. St. Paul Academy was No. 1, Rochester Lourdes No. 2 and defending champion Breck No. 3 in the final coaches association rankings.

Rochester Lourdes junior Marjan Veldic was the No. 1-ranked player in Class 1A for most of the season, and that is reflected in his No. 1 seed. Mounds Park Academy’s Evan Fraser is the No. 2 seed, St. Paul Academy’s Kai Sih is No. 3, Osakis’ Isaac Maddock No. 4 and Mora’s Max Sampson No. 5.

In both classes, team competition begins Tuesday with championship matches scheduled for 4 p.m. Wednesday. Individual singles and doubles begin Thursday, with finals in both set for 11:30 a.m. Friday.