After fighting burnout as a youngster, she turned her passion into a state championship. 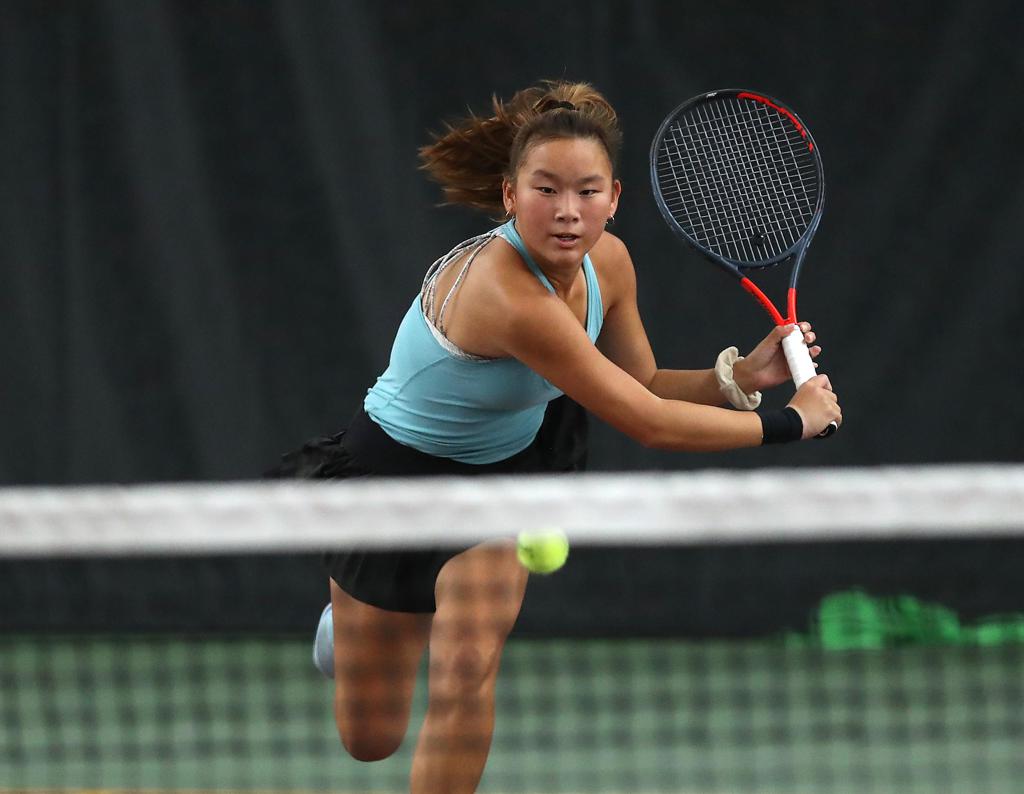 Sarah Shahbaz found out early that tennis was the right sport for her, but she had to step away to figure that out.

Shahbaz is a junior at Minnetonka who in October won the Class 2A singles championship, just two days after helping the undefeated Skippers to the team title. She finished the season undefeated, earning her the title of Star Tribune Girls’ Tennis Player of the Year.

Like so many of the state’s top players, tennis entered her life when she was still in grade school.

But the demands of the sport — endless training, mental fatigue, self-reliance — took a toll. At 11 years old, Shahbaz was already a tennis veteran facing burnout.

“I never took tournaments all that seriously,” Shahbaz said. “I quit completely for about a year.”

She tried other sports, but tennis was never far from her thoughts, leading her to pick up the racket again.

“The other sports were just for fun. Tennis was my passion,” she said.

She rode that passion to the state final. Maple Grove’s Zoe Adkins was undefeated and ranked No. 1 in Class 2A, and she took a 5-1 lead. Shahbaz’s calm appearance masked a whirlpool of nerves.

“Something about playing Zoe, who’s a great player, brought back a lot of nerves,” Shahbaz said. “I hadn’t been down 1-5 before. I was starting to question myself, but then I decided I wanted to show how I got there in the first place.”

She slowed the match down, extending points. It worked. She won the first set 7-6, taking the tiebreaker 7-2. “That’s just been my style,” she said. “Some people like to end points early. It works better for me if I’m on the court longer.”

Shahbaz, who won a doubles championship with Annika Elvestrom as a ninth-grader, took the second set 6-0 for her first state singles title.

When she won, she didn’t celebrate.

“I was in shock,” she said. “After the awards, getting interviewed by all the people, I realized how much it meant, especially to my parents.”

She said winning the team championship was more fulfilling after not getting the chance in 2020 because of COVID-19 and then losing head coach Dave Stearns, who died during the offseason.

“This season was everything we wanted to do last year. Unfortunately, Dave wasn’t with us,” she said. “I’m so happy we were able to do it for him and honor him.”