Minnehaha Academy sophomores Izzy Einess and Ancele Dolensek are not only the top seeds in the Class 1A singles field, they’re also best friends. 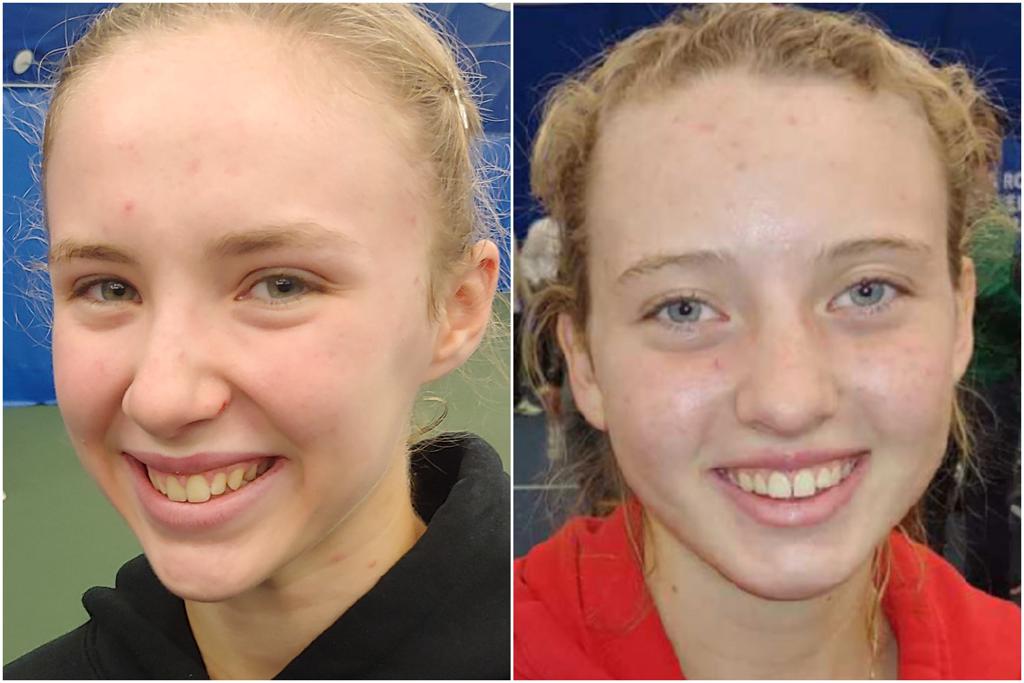 The top two girls’ tennis singles players in Class 1A have been flying below the radar for much of the season. But this is the state tournament. Keeping things quiet are simply not possible anymore.

The Minnehaha Academy sophomore twosome of Izzy Einess and Ancele Dolensek roared through the first two rounds of the singles bracket Thursday. Einess, ranked No. 1 and seeded the same, relied on powerful and precise groundstrokes to win both of her matches without losing a game, beating Marissa Benz of Blue Earth and Ryanna Steinhaus of Litchfield.

The No. 2-ranked Dolensek, who transferred to Minnehaha Academy this season after her family moved to the metro from Rochester, rode her explosive serve and well-rounded game to a 6-0, 6-0 victory in the first round and a 6-1, 6-1 victory over Ana Medina of Rochester Lourdes in the semifinals.

Despite playing as teammates for the first time this season, Einess and Dolensek are longtime friends. They’ve been doubles partners in USTA tournaments and frequently played each other in junior singles.

“I think we’re both very similar in skill level, and we train together all the time,” Einess said. “We do a ton of stuff together. Our matches are always super interesting.”

They’ve played each other one time when it mattered, with Einess winning 6-2, 6-0 in the Section 4 championship match. “The score might not seem competitive, but man, it’s hard to win points against her,” Einess said.

Dolensek said that it was because of her relationship with Einess that she ended up at Minnehaha Academy.

“She was really fond of the school and said a lot of good things about it,” Dolensek said. “It’s nice to go to a school where you know someone.”

“She’s one of my best friends,” Einess said. “I’m so glad she decided to join us.”

Einess is making her state tournament debut while Dolensek has been a participant once before, qualifying in doubles when she was an eighth-grader at Rochester Century.

“I was so nervous this morning,” Einess admitted. “I was shaky for the first couple of games — I barely won those — but after that I got more comfortable and relaxed.”

Dolensek acknowledged that there is a little more riding on this state tournament appearance than her previous one. “This is obviously farther than I got in my eighth-grade year,” she said.

Should both win their semifinal matches Friday, the teammates and friends will become foes with a state championship on the line.

“That would be fun,” Dolensek said. “When we were younger, I beat her quite a few times. But she’s gotten quite a bit better.”

Einess said playing her friend in such an important match could pose a problem, but nothing their friendship couldn’t survive.

“I wouldn’t want to ease up, because I want to win, but also she’s my friend, you know?” Einess said. “I know she feels the same way.”

There were no real surprises in the large-school singles. No. 1-seeded Zoe Adkins of Maple Grove will play No. 5 seed Kelsey Phillips of Minnetonka in one of Friday’s semifinals, and No. 2 seed Sarah Shahbaz playing No. 3 Nicole Ridenour of Roseville in the other.