‘‘Give yourself the right to win,’’ Dave Stearns was fond of telling players, including Skippers who this spring had T-shirts made in his honor and are playing better than many expected they would this season. 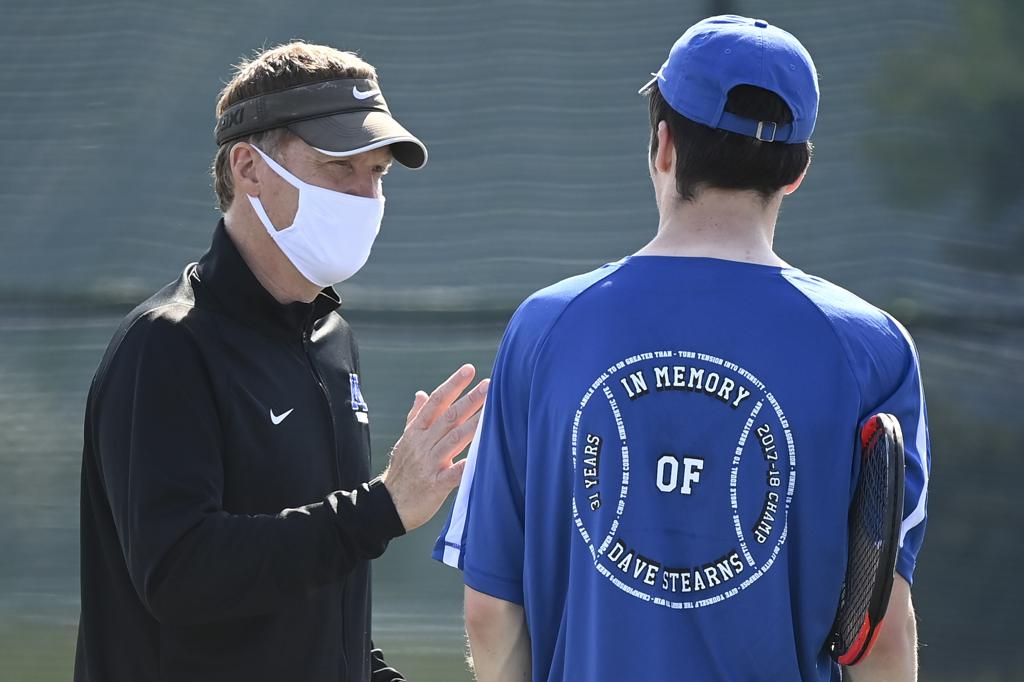 Minnetonka coach Howe Siegel offered direction to a player Wednesday during a match against Eastview.  Siegel said the late Dave Stearns, who coached Minnetonka boys' and girls' teams for three decades, relished “the banter, on and off the court,'' reflecting "his natural affinity for the kids. For him, that was the fun part.'' Photo: Aaron Lavinsky * aaron.lavinsky@startribune.com

Three years ago Hari Chidambaram was a ninth-grade tennis player at Minnetonka, happy to have earned a spot on the varsity even if he wasn’t a starter.

The day he was tapped by coach Dave Stearns to fill in at No. 4 singles was his first time in the lineup, Chidambaram recalled, and one of the most stressful days of his young tennis career.

“I was extremely nervous,” said Chidambaram, now a senior captain for the Skippers. “Stearns came over during the match and was a completely different person than what I thought. He was easy going, put no pressure on me, gave me the courage to keep going. You could see that he played a different role for each player, which is what coaches should do.”

This spring, for the first time in more than three decades, someone other than Stearns is leading a Minnetonka tennis team. The 72-year-old coach, teacher and mentor died unexpectedly in December. He had coached the boys’ team for 33 years, the girls for 27.

“He was the backbone of the program,” Chidambaram said. “The guy you went to to learn anything, for any help off the court. He was the heart and soul of the whole team.” 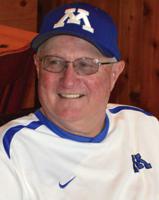 Replacing him as boys’ coach is longtime tennis coach Howe Siegel, who was an assistant under Stearns for five years. A native of Eveleth, Siegel previously coached for 16 years at St. Thomas Academy.

Stearns, a standout three-sport athlete at St. Cloud Tech High School in the early 1960s, leaned heavily into tennis when he went off to college. He played for the University of Minnesota before becoming a teacher and coach, indulging his passion for passing along a little hardcourt wisdom to young minds.

Ward’s day started with a broken racquet string and did not get much better. When tryouts ended, he grabbed his tennis bag, found a spot to be alone and plopped himself down, frustrated and disappointed.

Stearns sauntered over and sat down with him.

“There I was, a random eighth-grader he barely knew, and he took the time to talk to me about putting things into perspective and what to do when things aren’t going your way,” Ward remembered. “At first, I thought he was a little intimidating. But he showed me he was a really good dude and that he cared about all his players.”

Last fall Stearns coached the Minnetonka girls’ tennis team, perhaps the strongest in program history, to a mythical state championship. In a season in which COVID-19 meant no fall state tournaments, the Skippers’ girls went undefeated, sweeping nearly every match. Included was a decisive 7-0 victory over perennial state champion Edina. They capped their season by taking care of Orono in the section final.

Stearns called it “the best girls’ team in my years at Minnetonka,” careful not to forget that he had led the boys to back-to-back Class 2A team championships in 2016 and 2017.

While success wasn’t unappreciated, it was the journey that Stearns loved.

“The process was of extreme importance to him,” Siegel said. “The banter, on and off the court, and his natural affinity for the kids. For him, that was the fun part.”

Always armed with a keen observation or teaching maxim, his pithy, oft-used chestnuts became a part of his legacy. So much so that the boys’ team turned them into a T-shirt meant to honor their former coach.

They wore them in their first home match, a victory over Hopkins. They’ve carried that momentum throughout the season, winning their first eight matches and surprising tennis observers, who didn’t expect much from the Skippers this year.

“We’ve been really focused. You can just see it in practice and matches,” Ward said. “This team has camaraderie beyond any team I’ve played on before. Part of that is due to everything that happened to Stearns.”

To both Chidambaram and Ward, one familiar Stearns-ism resonates above the others.

“ ‘Give yourself the right to win,’ ” Chidambaram recited. “A lot of guys would go into a match thinking they didn’t have a chance. It means you have to convince yourself you deserve to win.”

Ward said the phrase means more in the wake of all that’s happened over the last two years.

“It means you have to do what you have to do be successful,’’ he said. “In two years, we’ve lost a season and had a coach die. It’s made me appreciate the time I have with this team.”