As girls’ tennis exits the Minnesota fall sports stage, winning it all is missing

Postseason play ends with section finals that will leave 16 teams, including Blake and probably Minnetonka, finishing with victories and no opportunity to compete for a state championship. 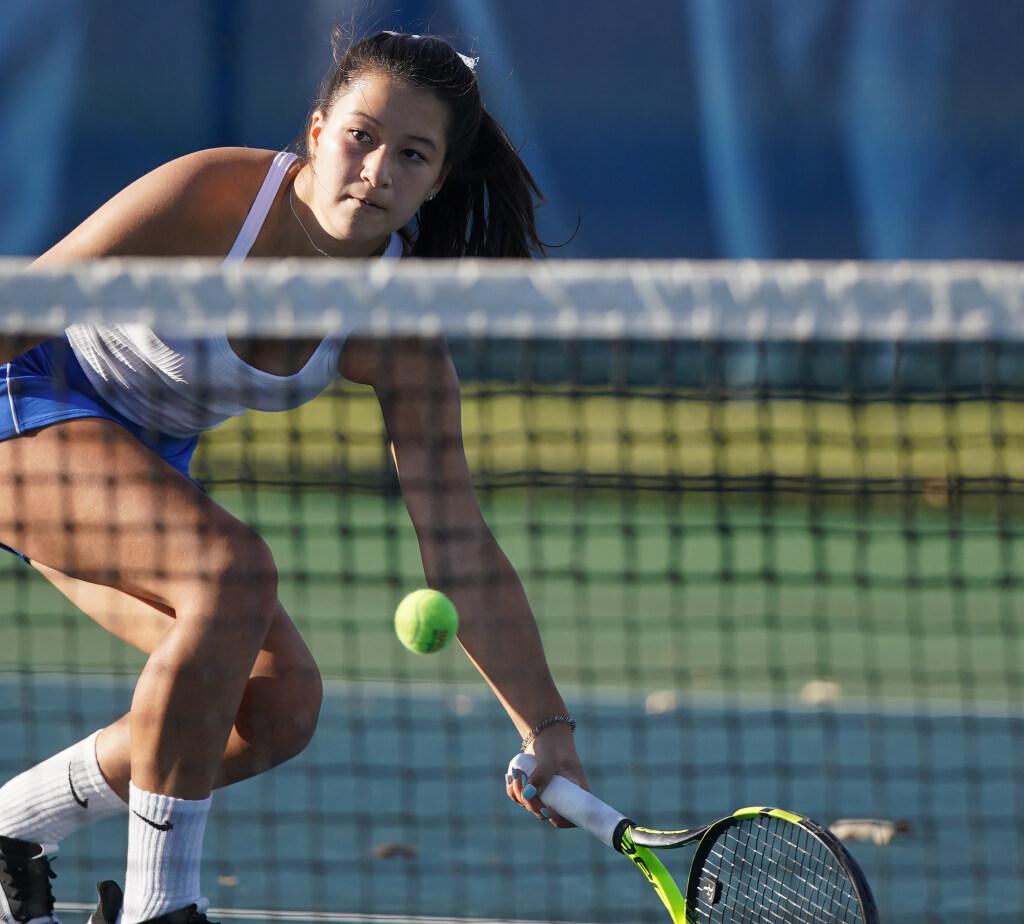 Bella Suk of Blake played Bristol Engelsma of Breck in the Class 1A, Section 4 girls' tennis title match between the two teams Tuesday at The Blake School in Hopkins. Photo: RICHARD TSONG-TAATARII ¥ richard.tsong-taatarii@startribune.com

The girls’ tennis season comes to a close Thursday, unceremoniously, with no state champions to be determined, no medals awarded, no legacy established.

The COVID-19 rules are to thank for that. The Minnesota State High School League quashed the idea of state tournaments in any fall sport as part the steps taken to slow the spread of the virus.

Instead, section tournaments have become the final curtain, with tennis to be followed by similar endings for boys’ and girls’ soccer and cross-country, girls’ swimming and diving, football and volleyball.

With two classes of tennis, that means 16 different teams will end their postseason on a winning note. But in girls’ tennis, not all sections are created equal. Two in particular can say their champion would likely have finished on top had a postseason playdown been held.

Blake and Breck met Tuesday in the Class 1A, Section 4 final for the sixth consecutive season. And for the sixth time, Blake won, taking a tight 4-3 decision that came down to No. 4 singles. It’s a heated rivalry and when they play, there’s usually something significant at stake.

Blake has used the last five section championships as a springboard to five consecutive Class 1A state titles. Did winning the final match of this season against a bitter foe, while not a state tournament, generate some nerves?

Well, yes and no.

“We’ve tried not to make this a big deal,” Blake coach Mike Ach said. “We downplayed it. It’s just another match.”

Senior Sonia Baig has been on all five of Blake’s title teams during their current streak. She won her match at No. 1 singles but said her effort this time was about personal goals. 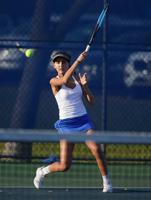 Blake senior Sonia Baig faced off against Ellie Pirtle of Breck in No. 1 singles.

“I just wanted to do everything I could to feel good about my match,” she said. “It was more about the team having a good close to the season.”

There was drama. With the teams tied 3-3, players and fans of both teams were intent on every point of the No. 4 singles match as Blake freshman Nana Vang squeaked out a 6-2, 7-5 victory. Vang said she could feel the pressure of the moment, but drew on a painful memory of two years ago to pull it out.

“I lost a match for us like this in my first year,” she said, recalling a tough regular-season loss as a seventh-grader. “I never wanted to have that happen again. This feels amazing. For me to pull it out for our seniors in their last match, it just makes it that much better.”

The best team in girls’ tennis this season has been Minnetonka. The Skippers finished as runners-up to Edina in the 2019 Class 2A tournament and had virtually their entire team back. This was supposed to the year they supplanted the Hornets atop the large-school tennis bracket.

The pandemic ended that hope but it hasn’t slowed down the Skippers. They rolled through the regular season with a 12-0 record, losing just two individual matches all year. They waltzed to the Class 2A, Section 2 semifinals with little problem and will play Orono at 3 p.m. Thursday for the section title.

Skippers coach Dave Stearns expects a victory, calling this “the best girls’ team I’ve coached in my 34 years at Minnetonka.”

“We’ve played some teams with very strong players, but at those positions, we’ve been stronger,” he said.

Team members acknowledged disappointment in not being able to prove their strength, Stearns said, but they haven’t let it affect their approach to the season.

“They were extremely disappointed at not having a tournament, but what I’ve tried to do is get the girls to deal with the reality,” he said. “We were disgusted and frustrated, but we focused on getting those feelings out and getting rid of them. Then we turned our focus to how good this team can be. These kids have been resilient and have had a great attitude.”

They reached one goal, winning the Lake Conference, which included a 7-0 sweep of Edina. They now sit one match from hitting goal No. 2, winning the section.

A third goal awaits. “We’re getting ready for next year,” said Stearns, whose team will lose just two seniors — a No. 3 singles player and a No. 3 doubles player. “Both are very valuable, but we have nine sophomores and 10 freshman. I’m pretty confident we can find someone to come in, fill those positions well and get that trifecta.”