Racquet taps and no handshakes: New Edina girls’ tennis coach is ready for not normal 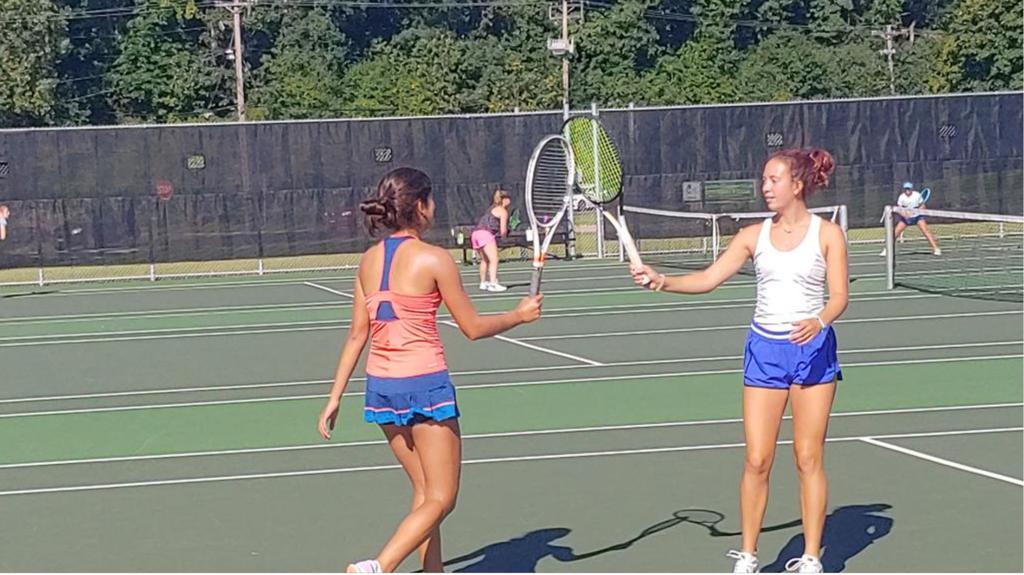 Jaime Gaard Chapman was more than ready when she took the tennis courts outside Edina’s Creekview Elementary Monday morning. It was her first official practice as the head coach of the state’s most successful high school athletic program, the Edina girls’ tennis team.

Gaard Chapman played for the Hornets and now legendary coach Steve Paulsen during their run of 19 consecutive state championships in the early 2000s, graduating in 2003. She went on to play collegiately at Gustavus Adolphus and has coached at Benilde-St. Margaret’s and Breck.

But the Edina head tennis job? She’s always had her eye on that one.

“I left high school coaching about six years ago to start a small business, but I always said I’d come back if the Edina job opened up,” she said. “Excited is the right word. I was excited to start today.”

The timing, coming during the year of the pandemic, isn’t optimal, but Gaard is accustomed to juggling several duties. She is head tennis professional at Interlachen County Club in Edina (not coincidentally, where Paulsen is the director of racquet sports). She runs a training business, Gaard Performance Academy. And does motivational public speaking when she gets the chance.

On top of all that, she was recently hired as the head girls’ basketball coach at Edina, replacing Matt Nilssen.

“I think I’m well-prepared to maintain an extraordinary schedule and be real organized,” she said.

A significant part of that organization has been preparing to coach a team during the COVID restrictions, something that Gaard Chapman said took “lots and lots of planning.”

“We’re at a time where health and safety have to be priorities,” she said. “We have to be aware that this is not going to be a normal season. It’s really about getting organized on the front end, making sure we have our student-athlete ratios and safety protocols in place and at the same time, balancing the traditions and expectations of Edina tennis.”

Tennis is a sport classified as low-risk for transmission of the virus due to its largely individual nature. The biggest adjustment is eliminating congratulatory physical touches between doubles teammates.

“There will be a lack of high-fives and fist bumps,” Gaard Chapman said.

That, said senior Lizzy Van Ert, is the biggest change they’ll have to make. “No high-fives!” Van Ert said. “Only racquet fives!”

Teammate Morgan Clark, a captain along with Van Ert, added that not shaking hands during pre-match introductions will also be a bit unnerving. But as long as there’s a season, she’s fine with it.

“We are so lucky to even have this season,” Clark said. “I hear some rumors that it was going to be all singles or only eight players on a team, but I’m happy the way it worked out. We just need to keep our minds on our game and not anything else around us.''