The Blake senior, who also earned the honor in 2018, won the Class 1A singles title for the second consecutive year and led the Bears to a fifth straight team championship. 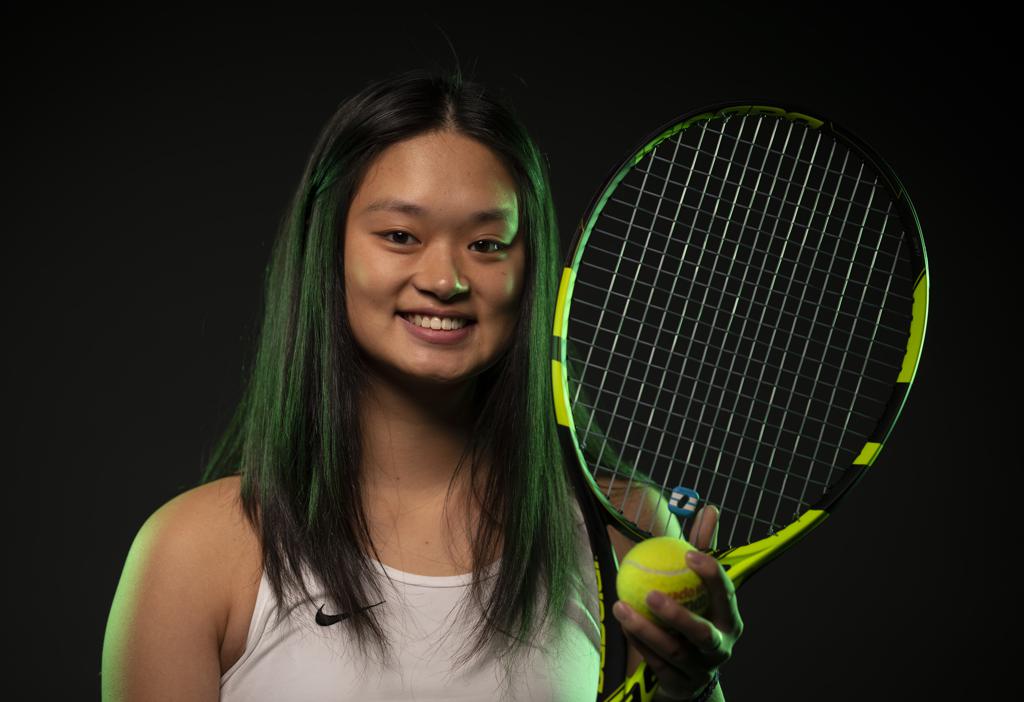 Arlina Shen of The Blake School is the Star Tribune metro girls’ tennis player of the year for 2019. Photo: JEFF WHEELER • Jeff.Wheeler@startribune.com

Beginning her sixth and final season with the Blake tennis team, with a Class 1A singles championship and four consecutive team titles already won, Arlina Shen made a pledge.

This year, she was going to have fun and make memories and rekindle the joy of playing tennis.

In the past, Shen had a tendency to put pressure on herself to achieve. She had finished runner-up three consecutive years before winning the singles title in 2018, and that had weighed on her. This year, no more stress.

“I wanted to cherish the environment with these girls and savor the moments that we have together,” she said.

As a senior captain, Shen knew her role was one of leadership. The Bears have never had issues with work ethic and focus. They knew what it took to be successful on the court.

Shen sought to make sure the journey was just as enjoyable as the result. She turned toward the younger players on the team and astutely realized the key to what she wanted rested with them.

“The younger girls seemed to have a more carefree attitude, more energetic,” she said. “They were joyful and that made practices a lot more fun.”

There were team sleepovers and meals, dance parties and get-togethers. They went bowling. “It was all super fun. No more pressure,’’ Shen said. “The girls helped me ease down a little.”

Playing more relaxed than ever, Shen guided Blake to its fifth consecutive team championship, then cruised to another singles title.

At the season-ending team banquet, it occurred to Shen she had achieved what she set out to do. “All of the seniors poured out their emotions and it hit me: I realized how important the team championship was to me. Each member of the team had value. We all connected so well.”