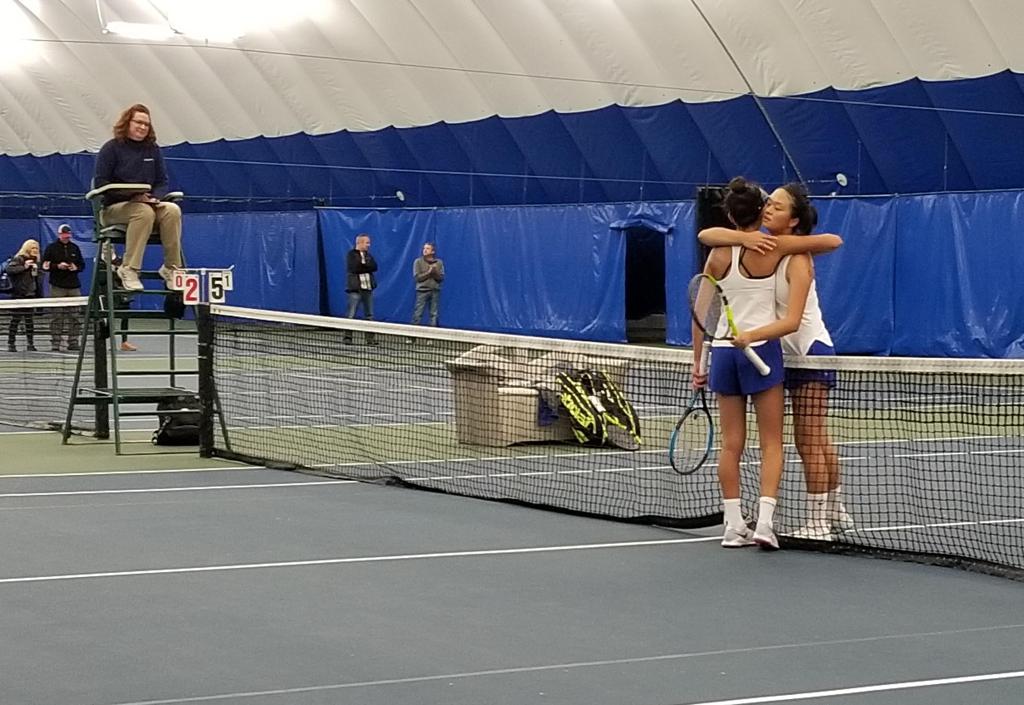 It bugs Arlina Shen when she loses a point. That’s how seriously she takes each one of them.

But heading into her final match Friday, the Blake senior told herself to relax and have fun, because she won’t get to re-live this opportunity again. She even ended with a subtle fist pump when she closed out her match to win back-to-back Class 1A singles titles.

“I’m kind of relieved,” Shen said. “But also at the same time, I’m a little sad just because this is my last match of my high school career, and it’s definitely a match that I’m going to remember forever.”

It was the fourth time in Shen’s five championship matches that she’s faced a teammate. Shen was a runner-up three years running to Blake teammates before finally winning last year. Shen pointed to her mental game improving over the years, adding that those three losses made her stronger and motivated to reach first place.

“I think last year I was a lot more nervous and just thinking more about the championship match because three losses is always still in the back of my mind,” Shen said.

This year, she also added “some twists to her game” when Blake coach Mike Ach asked her to be more willing to make errors instead of playing so conservatively. He pressed her this year to be more aggressive, attach more and hit more winners.

“For her to be willing to add that, that’s so difficult for her because she values points so highly,” Ach said.

Baig, a junior and the tournament’s No. 3 seed, won a lengthy semifinal match vs. Clare Palen of Rochester Lourdes, 6-3, 6-7 (6), 6-1, to get to the final. Ach said Baig had the right game plan in the championship match, but Shen’s defense was so well-executed.

“She definitely breaks her opponent down by just grinding through everything and being very gritty,” Baig said. “She always fights for every point.”

• The top-seeded Blake doubles team of sophomore Bella Suk and freshman Allyson Jay won the Class 1A doubles championship, 6-2, 5-7, 6-4. For the second consecutive year, No. 2-seed Litchfield was the runner-up, with juniors Avery Stillwell and Elise Bierbaum playing this year.