Mounds View tennis champ rallies even when it doesn't matter

The freshman Class 2A individual champion is the Star Tribune Metro Boys’ Tennis Player of the Year. 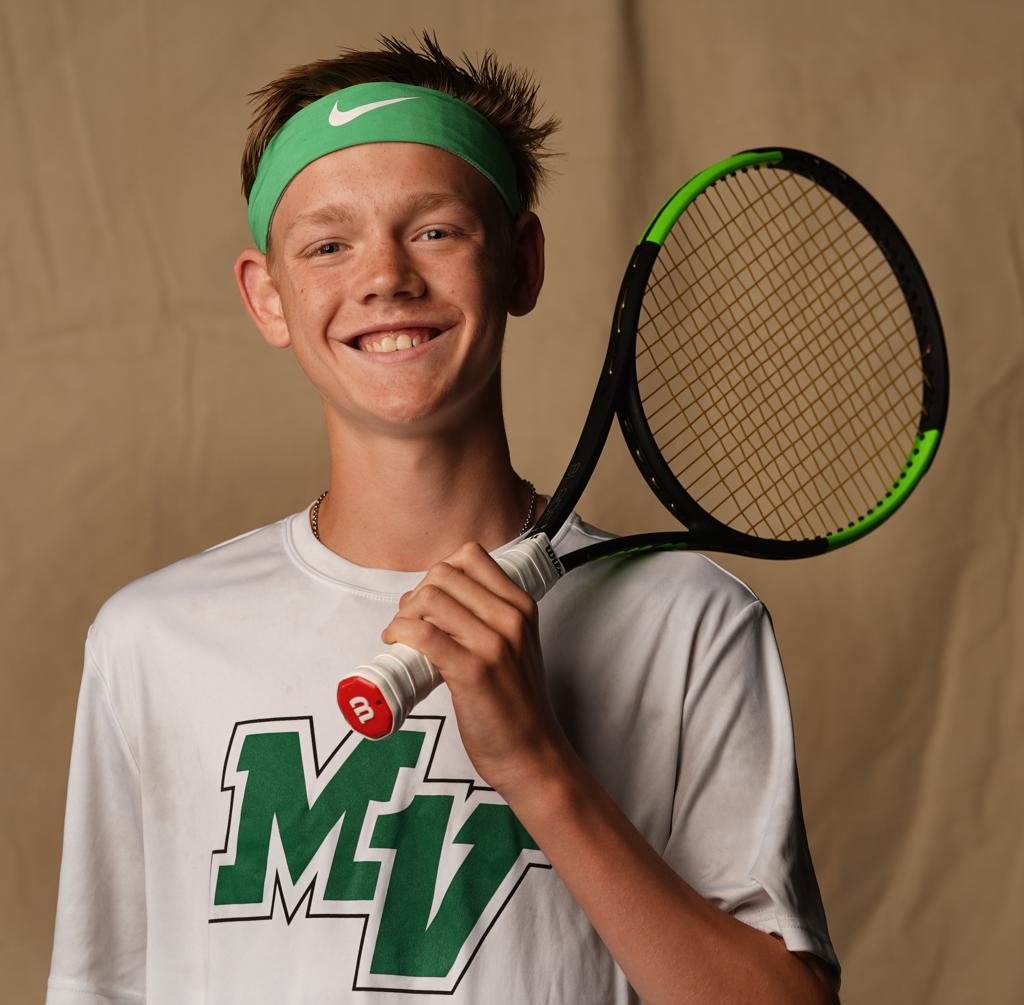 Bjorn Swenson didn’t have to come back.

Mounds View had already clinched its quarterfinal team victory in the Class 2A state tournament. After winning the first set of his No. 1 singles match against Lakeville South’s Hunter Roseth, Swenson’s game went south. He lost the second set 6-0 and trailed 5-2 in the third.

With two more team matches ahead and the individual singles tournament, no one would have blinked an eye if the freshman had decided to save energy for bigger matches to come.

Except Swenson, who found his resolve and rallied to win the set 7-6.

“I didn’t want to lose,” Swenson said. “I was going to fight to the last point.”

That kind of grit paid off three days later. Swenson, seeded fourth in the singles tournament, defeated Varun Iyer of Rochester Century in straight sets in the finals.

“I definitely think coming back in that [team quarterfinals] match helped me in the rest of the tournament,” said Swenson, the Star Tribune Metro Boys’ Tennis Player of the Year.

A year-round tennis player, Swenson regularly plays in regional and national tournaments. But winning the high school state championship was a special thrill.

“I got so many congratulations from family and friends,” he said. “I’m still getting pats on the back. It’s definitely one of the top things I’ve accomplished in my tennis career.”