Bjorn Swenson played two three-set matches to get to the championship, where his mom says his late tennis-loving sister was present ‘just in a different way.’ 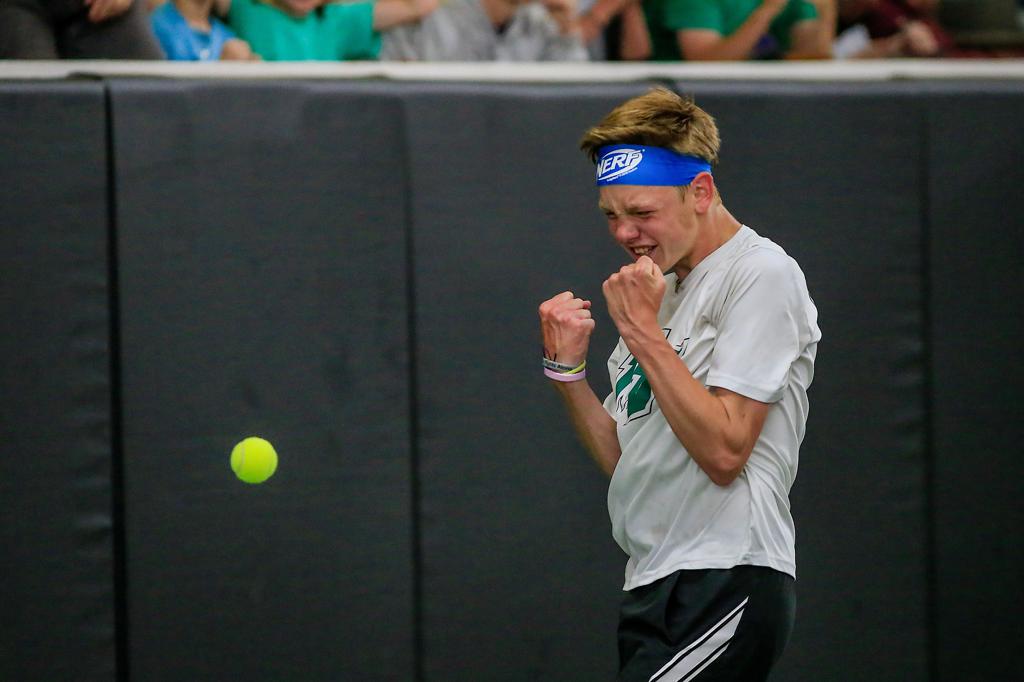 First, freshman Bjorn Swenson won the team title with Mounds View on Wednesday. Then he played two three-set matches in the singles tournament.

So, a straight-set championship match Friday was easier, right?

“No, definitely not,” Swenson said. “It was a long match. In fact, this was probably one of the most tiring matches that I had. I just kept telling myself to fight and keep having energy.”

He had enough energy to capitalize on his first match-point opportunity, raising both arms and screaming “Yeah!” toward the cheering crowd after his opponent’s shot sailed long. It gave fourth-seeded Swenson a 6-2, 6-4 victory over No. 3 seed Varun Iyer of Rochester Century for the Class 2A singles title at Baseline Tennis Center at the University of Minnesota.

“It’s an amazing feeling that I’ll have to remember or the rest of my life,” Swenson said.

One face was missing from Swenson’s crowd of family and friends cheering him on: His older sister Marit, who died in August 2017 from an aggressive pediatric brain tumor. They grew up playing tennis together; Marit made the Mounds View girls’ team as a seventh-grader, according to their mother, Jennifer Swenson.

Their family talked about Marit a lot this week, and Jennifer believes Marit provided part of Bjorn’s motivation to get through his state matches.

“She loved watching me play,” Bjorn said. “I’m always thinking about her.”

Marit was one of Bjorn’s biggest fans, Jennifer said.

“We believe that she is with us, just in a different way,” Jennifer said. “She would be loving this.”

Iyer, a senior, also needed a third set to win his semifinal match, winning 6-3, 5-7, 7-6 (7-2) victory over Eagan senior Max Zagrebelny, the No. 2 and 2018 runner-up. The match took about two hours and 45 minutes, pushing back the scheduled start of the state title match.

Iyer said he was sore coming onto the court for the championship match, but added that he didn’t want to take anything away from Swenson’s play. Iyer tried to change things up with his game, like sending a few drop shots over the net, when he started to cramp up in the match. But Swenson took advantage, Iyer said.