The senior, who lost in the finals a year ago, was locked in and played the best match that his coach has seen him play to defeat Redwood Valley junior Rikard Wilkens. 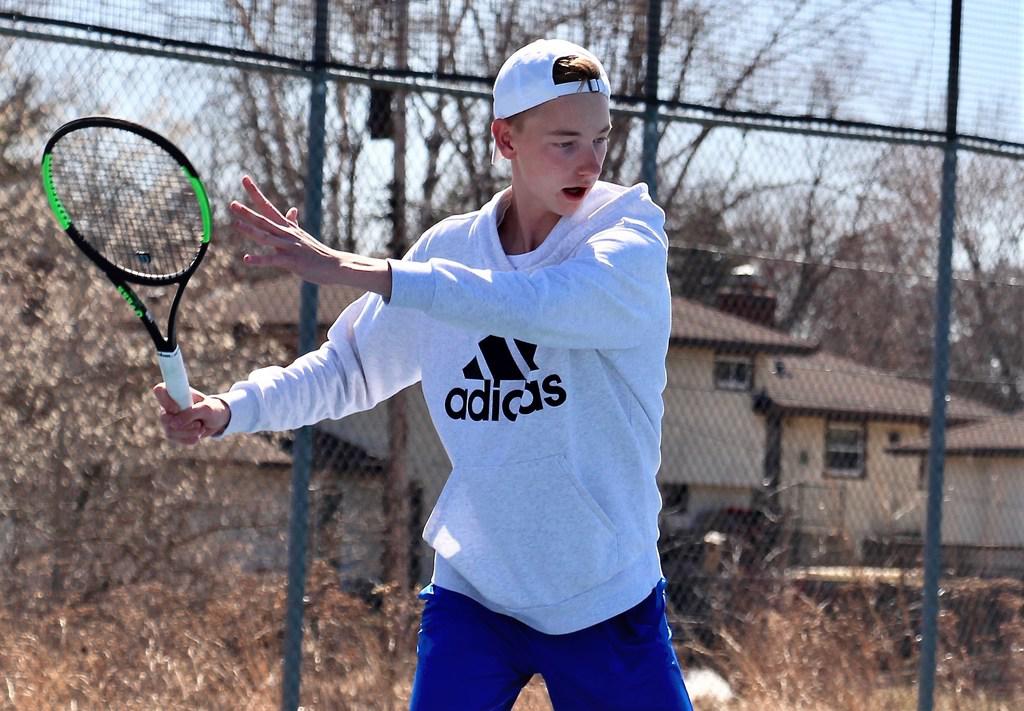 Parker Law played what he called his “perfect game” to win the Class 1A singles final Friday at the Reed-Sweatt Tennis Center in Minneapolis.

“I executed everything I needed to do,” the 6-6 Mounds Park Academy senior said. “I had my game plan when I went in and don’t think I could have executed it much better.”

Law, the top-ranked player in class A, defeated Redwood Valley junior Rikard Wilkens 6-2, 6-1, winning five break points and not double-faulting once during the 63-minute match. He wore down Wilkens with a powerful serve and forehand, and consistently charged the net in service games for winning points.

“In all the years that I’ve been coaching him, that is his best match that I’ve ever seen,” Mounds Park Academy coach Bryan Biever said. “He was able to stay in the moment [and] focus one point at a time. … There was just no drop in his level.”

A year ago Law reached the state championship match, which he lost 6-4, 6-1 to Duluth Denfeld’s Demetri Bush. Law said his game plan for this year’s state tournament was “so much more locked in,” which gave him confidence he could return to the championship.

Law said the key point in the match Friday was the first game, which he won despite Wilkens’ having the service. Wilkens led 40-love in the game before Law forced three deuces and eventually hit a forehand winner to clinch it.

“From there, I knew I had my game today,” Law said.

Law clinched the first set about half an hour later with a drop-shot that Wilkens was unable to reach. Wilkens won the first game of the second set before Law won six straight.

“He’s a good player,” said Wilkens, a foreign exchange student from Sweden who has spent the year in Redwood Falls. He played football, hockey and tennis at Redwood Valley this year and had been undefeated in tennis heading into his match with Law.

“I played a solid match,” Wilkens said. “I just think that his kind of style works very well against me.”